Celebration of the Eucharist

Fr. Van  Lieshout will be available for confessions from 11:30am until noon before every 12:10 weekday Mass. The full confession schedule here at the Cathedral is as follows:

Praised be Jesus Christ!
As many parishioners know, when I arrived in June the Cathedral Community was still in the midst of a Capital Campaign that had begun several years ago to address important repair and maintenance needs in all of the buildings on our campus, as well as upgrades to some of our systems. The campaign is still collecting on pledges and I’m so grateful to those who have given already and those who are continuing to fulfill their pledge commitments!
Firstly, I want to assure all the givers that the original list of proposed projects remains the same. By no means has my arrival changed anything in that regard. Many projects were already completed before my arrival, made possible by campaign funds, and more planned repairs have continued behind the scenes since the summer.To date, the Capital Campaign has collected over $820,000 in donations, of which we have already spent almost $800,000 on thelisted projects. If current pledges are completed in full, the campaign would take in about another $175,000 of additional money.
Here are just a few quick updates on the status of the campaign itself and some of the projects that we have completed in recent months:
New sound system: Just before I arrived, a new state of the art sound system was installed in the Cathedral, costing just over $150,000. I can honestly say that I have almost never encountered a church audio system that is so distinct and clear (at least from my perspective at the ambo). I think it actually makes preaching in the Cathedral easier and more effective as the microphones pick up the full range of vocal expression.
Refinishing front doors: If you remember back over the summer, the original main church entrance on Flower City Park was blocked off with boards and plywood for quite a while as we completed the wood refinishing on those doors. I think it was well worth the wait as the restored doors look beautiful. That project cost $16,900, resulting in the refinishing of six individual door panels.
Asbestos abatement in the Convent: Something much less visible, but still important, has been the ongoing abatement work in the basement of the convent building (under Joseph’s Place). The cost so far has been $18,446.
Roof repairs: Perhaps the most significant project in the last several months has been the roof repairs in nine areas of the membrane-style roof that is over the Cathedral offices and Narthex (not the roof on the Church itself). Again, this is less noticeable, but much need. The entire roofing repairs will cost $143,335, of which we have already paid about $60,000.
How many more items we will be able to accomplish will depend on how much remains in the Capital Campaign fund after the roofrepairs are completely paid and the final pledges are fulfilled. One (relatively) small but necessary project will be to replacethe flooring in the hallway between the Narthex and the main bathrooms. If you notice, it is badly damaged and discolored right now.
Thank you again to all who have made this campaign successful! The purpose of this article is simply to let you know the ongoingwork that your contributions have made possible.
In the hearts of Jesus and Mary,
Fr. Peter Van Lieshout

The active phase of our parish CMA campaign continues. By now, past CMA donors have received a special letter in the mail with a personalized pledge card. Thank you to everyone who has responded with a gift or pledge. The CMA provides funding for important programs, services and ministries that strengthen our whole Church. Every gift to the CMA helps those in need, supports the mission of the Church and comes back to help our parish. Thank you, let us continue to pray for the success of our efforts.

A Prayer For Our CMA Campaign

O God, our loving Creator and giver of all good gifts, bless our parishes, strengthen our faith and grant us the spirit of Christian Stewardship so that we may give generously of our time, talent and treasure to the building of Your Kingdom here in our church and throughout the world.We pray for your help in achieving success in this campaign, so that we can help others throughout our Diocese.This we ask through Jesus Christ, our Lord, who lives and reigns with You and the Holy Spirit, One God, now and forever. AMEN.

As of December 6th, we have reached 70% of our goal. Thank you to those who have mailed in their CMA contribution.

Pray the rosary for the families of Sacred Heart Cathedral.

Please feel free to join us at 3:00 pm on Saturdays.

“There is no problem, I tell you, no matter how difficult it is, that we cannot solve by the prayer of the Holy Rosary” Sister Lucia of Fatima

I’m so grateful to Karen Stevens for helping me to piece together an “in-person” religious ed. program here at the Cathedral, after having an online only program last year due to COVID. Karen worked in this role here at the Cathedral several years ago, and she has been extremely helpful in getting us up and running again. We are still in the early stages of planning but we would like to begin taking signups. The program will start Sunday, September 19th and take place most Sundays from 10:15am until 11:15am. This will allow a family to have their child(ren) enrolled in the program and also attend either the 9:15am Mass (beforehand) or the 11:15am Mass (afterwards).
Signup forms are available in the Cathedral narthex, or can be downloaded here...
Faith Formation Registration (Download) 2021-2022
or Families can enroll online at the link to the Registration Form found in the Menu above under Faith Formation
The Sacrament of Confirmation is generally administered by Bishop Matano to 9th graders at the end of that second year of classes. Confirmation classes will also take place at the same time as Faith Formation: Sundays from 10:15am until 11:15am.
The RCIA program is an intellectual and spiritual journey for those individuals who have never been baptized, but are interested in exploring the teachings of the Catholic faith in view of potentially seeking baptism and entrance into the full life of the Church next spring. But I also find that RCIA classes can also serve as helpful formation for those nonCatholic Christians who are already baptized, but are considering “converting” to the Catholic faith by being received into full communion with the Catholic Church. Depending on interest, I am hoping to host these Wed. evening from 5:30 to 6:30 pm at the Cathedral starting Sept. 15th.

Online Giving to the Cathedral Community

Please click on the link above for Regular Sunday Online Giving Options at the Cathedral Community!

Please click on the link above for the Second Collection Online Giving Options at the Cathedral Community!

Thank you for your generosity!

More Volunteer Opportunities
Fr. Van Lieshout is in need of more people interested in being ushers or money counters. As an usher, you would serve at the mass you attend. Money counters are a member of a team, that gathers every other Monday morning, from 9:00 am to approximately 11:00 am. Training is available. Please call Lynn in the office with questions or interest (254-3221 ext. 102)

The weekly live streamed Mass will be :
11:15 AM – Sunday
“ALL ARE WELCOME” to attend in person

We continue to make adjustments to our worship space as we receive guidance from the CDC, New York State and the Diocese of Rochester.

Masses and Prayer Services which are live streamed (and/or recorded) on Facebook and Youtube are available on our Facebook Page (www.facebook.com/CathedralCommunity) and on our YouTube channel. Click on the links below to view Live Streams for Masses and Services as they occur, and recorded versions after each.

Choose Life by Choosing to Care for Creation

A JOINT MESSAGE FOR THE PROTECTION OF CREATION

Pope Francis, Ecumenical Patriarch Bartholomew of Constantinople, and Anglican Archbishop Justin Welby of Canterbury, England wrote a joint statement calling for Christians and all people of good will to change their ways. In a short statement they issue a prophetic call saying, "We must decide what kind of world we want to leave to future generations. God mandates: ‘Choose life, so that you and your children might live’ (Dt 30:19). We must choose to live differently; we must choose life."

The Cathedral Community is a Roman Catholic parish of the Dioceses of Rochester that gathers and worships at Sacred Heart Cathedral.  We are an ethnically, racially, and economically diverse community with unique gifts and challenges within an urban neighborhood.

Our mission is to reach out with hope to all in our community, neighborhood, and beyond, to proclaim the Gospel with joy and enthusiasm, and to prepare disciples who will go forth to serve God and others, especially the poor, with mercy and compassion. 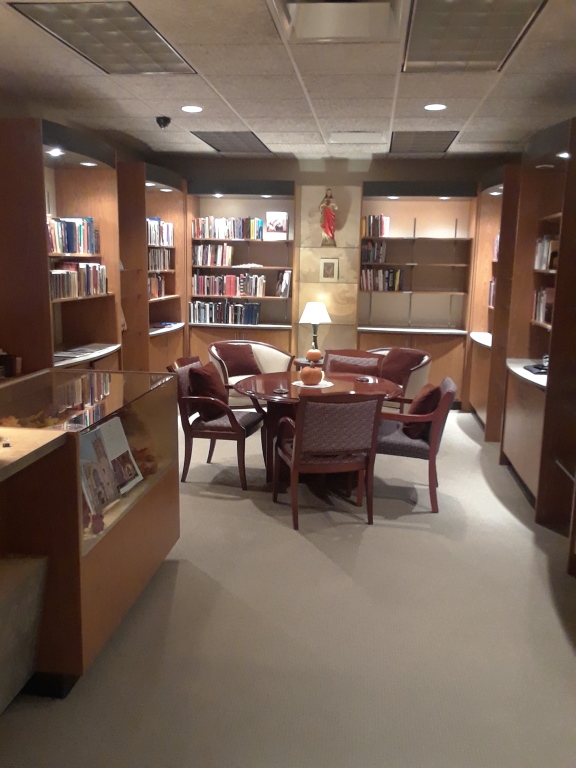 "As (United States) bishops, we unequivocally state that racism is a life issue. Accordingly, we will not cease to speak forcefully against and work toward ending racism." (Open Wide Our Hearts)

Please click here to view the Pastoral Letter AGAINST RACISM

Message from the Bishop 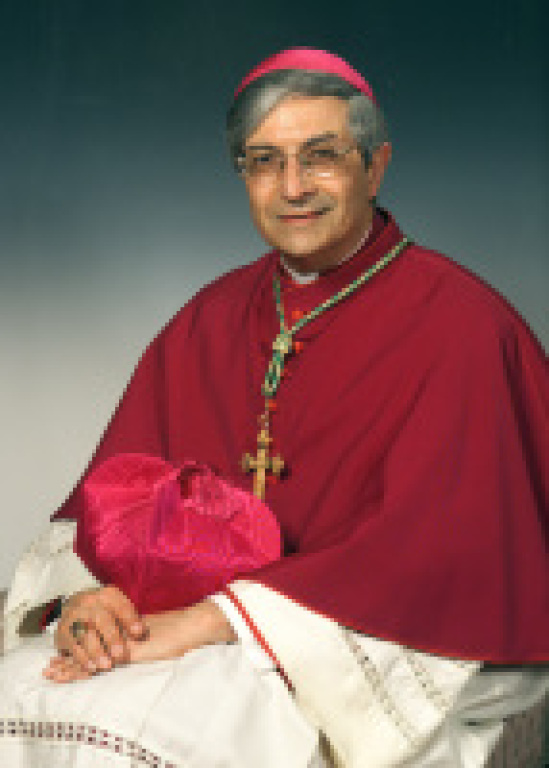 Letter to the Faithful from Bishop Matano regarding The Diocese of Rochester Chapter 11 Bankruptcy Filing,(September 14, 2020).

Message from Bishop Matano regarding Protecting our Children

Here's what we're doing to ensure that our children and vulnerable persons are safe:

Deadline for Bulletin and Church Announcements

Announcements and inserts/flyers for our weekly bulletin must be submitted to the Church Office by NOON on Monday. (Inserts and flyers must receive prior approval before submission). E-mail submissions must be sent to [email protected]

Please note : Articles may be edited due to space constraints & inserts/flyers must be approved by staff. Thank you for your consideration of these policies.

Sunday announcements must be submitted to the office by Thursday at NOON.