I am married to Peggy. We have 4 grown children and 3 grandchildren.

I was born in Colorado and my family moved around in Colorado,
Kansas and Nebraska before settling in Salt Lake City, Utah where
I went to High School and College.

I joined the Air Force after college, was married to Peggy in December 1963,
and we spent four years in California.

In the Fall of 1998, I was accepted into a 4 year preparation program to become
a Permanent Deacon, and was ordained in June, 2002.

In 1999, Peggy and I became involved in Prison Ministry, conducting monthly
meetings and participating in annual retreats at Groveland and Attica
Correctional Facilities.

In the Fall of 2015, I retired from the Deaconate as required at age 75, but
Peggy and I remain active in the parish and in prison ministry. 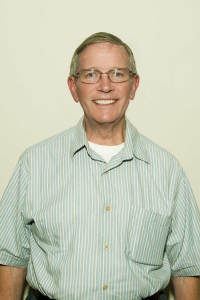